The Future of Crowdfunding

So, we've talked quite a bit in the last few blogs about crowdfunding and how you could be using it today to fuel new ideas. It's an idea that's arrived at almost exactly the right time: with instant communications and instant money transfers to and from pretty much anywhere, we've opened up whole new ways for businesses and investors to get together.

It seems like a no-brainer. Fundamentally, just about anything could be funded this way, assuming you could just find enough people anywhere in the world who wanted to participate in the venture. And we've seen crowdfunded projects succeed not just in the realm of startups, but also even in areas of finance. There are several crowd-based loan institutions now seeking to merge microlending and crowdsourcing into a lending alternative to commercial banks.

All this could revolutionize business, honestly. One of the biggest barriers to innovation throughout history involves bringing resources together at the right time and place to achieve a goal. Now, products can be shipped anywhere in under 24 hours, and the capital to pay for them can be transmitted electronically. Add universal investorship to that list, and it seems like there could be endless potential. 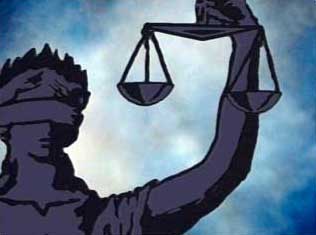 In the US at least, there's still a barrier to the growth of crowdfunding: the Securities & Exchange Commission (SEC) and its powers over business investment.

“Sunshine” laws in the US made it impossible for small investors to directly purchase equity in a company without being “accredited” - which, effectively, means being a millionaire – and companies, likewise, could not advertise stocks and other securities to the general public. This limits crowdfunding in the US solely to single projects, not true business investment.

However, this has started to change. We're right in the middle of the process, so here's what's happened so far:

What this means is, with any luck, by the end of this year it will be legal for small US businesses to use crowdfunding to directly sell equity in their company, perhaps in the form of microshares, to small investors. This means crowdfunded projects will be about more than just pre-purchasing cool new tech, but can actually be used to increase capital growth. Small investors will be able to see returns without playing the Wall Street gang, and small businesses will have access to huge new funding possibilities.

If this sounds like something that fits your larger strategies, our advice is to start planning now. Don't put anything in stone until we see what the SEC rules, but right now, things are looking quite sunny for crowdfunding.