Do's and Don'ts of Crowdfunding

With crowdfunding now on the radar as a viable fundraising technique for businesses large and small, everyone is rushing to get in on the game. This means that while there is still a lot of opportunity for you to get noticed in and amongst other ventures, there is a lot of competition right now.

If you're going to do a crowdfunded project, such as on Kickstarter or IndieGoGo, you need to make sure you're putting together the best possible presentation. We've made up a list for you of some common mistakes that you shouldn't do, along with what you should be doing instead.

Don'ts and Do's of Crowdfunding Projects

To put it bluntly, not every idea is good enough to bring to market. Crowdfunding makes it easy to pitch any random idea anyone ever has, and that's not necessarily a good thing. If it's a bad idea, people will just ignore the project.

Instead, DO plenty of research beforehand. Do some searches with the patent office and other places online to see if anyone's tried your idea before. Seek suggestions from people in your social media circles. Test the waters before diving in. 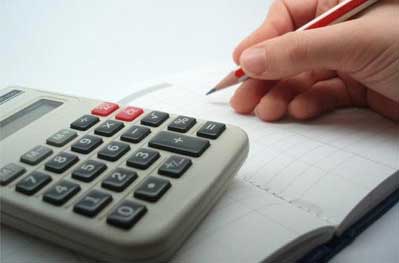 Don't... Just assume the numbers will "work out."

One of the biggest flaws in bad Kickstarters is when the project creator seems to pick a target at random, without being able to clearly explain why that target and what exactly the money will be going to fund. While the system does its best to weed out scammy projects, people are going to be leery giving money to someone who doesn't seem to know what they're doing with it.

DO carefully research your budgetary needs and present a clear breakdown of your budget expectations somewhere in your project proposal. It doesn't need to be front and center on the main page, but it should be there for people to peruse.

This one is as straightforward as can be: currently, the project video is the centerpiece and most important single aspect of your crowdfunding pitch. The video is what gets shared and what gets people excited, so you MUST do the best job you possibly can on it.

DO make it as professional as possible. Play to your strengths. If you don't have the resources to have a well-lit set, don't use a live presenter. Keep it fast-paced, yet try to get in as much legitimate content as you can. If someone isn't engaged by your pitch, they aren't going to investigate further.

Don't... break communication with your donors.

Too many people treat crowdfunded projects like they're "fire and forget." A lack of communication can cause people to lose interest in a project and stop pushing it among their friends or in online communities.

DO keep up a steady stream of updates through all your media outlets of its progress. Announce your successes. Announce if you're doing better than expected and what else you're going to add to the project. Keep people in the loop -and excited about your project- at all costs.

Don't... assume criticism is the end.

Some big Kickstarters tend to attract controversy. The Ouya video game console, for example, ignited something of an online firestorm among pundits debating whether their plan for an Android-based console could succeed. Eventually, even heavy hitters in the industry weighed in on its risks.

DO believe in yourself. Despite (or because of?) the controversy, Ouya received an amazing $8.5 million dollars, beating its goal by 900%. The market spoke and they supported the project in the end.

That is the essence of crowdfunding. The key is to get really good at communicating your goals and vision. It's essentially a marketing problem to be engaged and solved.