Google's Penguin Update and Your SEO

It's time to talk about that ol' black magic once more, and put a sort of cap on our mini-series of discussions about negative or "black hat" search engine optimization. As we talked about previously, there are a number of unethical (and occasionally borderline illegal) practices that can be briefly used to boost a site's SEO metrics, but usually at a disastrous cost.

Today, we'll be focusing on Google's main line of defense against these tactics, and how it was recently updated. This is a large part of the reason that black hat search engine optimization is such a bad idea.

But it has a funny name.

"Google Penguin" is the code-name for a series of changes Google made to their algorithms in April of 2012 to try to reduce the impact of black hat SEO on their search rankings. According to Google, roughly 3.1% of English-language searches are ultimately affected by Penguin.

Unlike previous initiatives, such as "Google Panda" that were aimed at issues such as website design and user experience, Penguin is targeted solely at black hat techniques like cloaking, keyword stuffing, and backlink pyramids. The details of exactly what it does, and how, are closely guarded secrets at Google. This is security through obscurity at its most opaque.

None the less, some things are known, and they aren't good for the spammers and scammers. 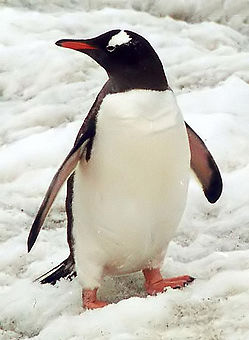 It would appear that, in general, five kinds of links are being targeted:

Search Engine Land has a good report on one of the first likely examples of a high-profile site being hit by Penguin and recovering from it. The day after Penguin was first launched, the website wpmu.org saw its search rankings crater. After some discussion, the webmasters decided the problem was the obligatory link to their main page that is duplicated across thousands of websites they hosted. Once the links had been removed, their ranking was quickly restored.

This is illustrates just how effective Penguin can be at detecting questionable linking practices. It seems likely this is one of the main focuses of Penguin, as Google already had policies in place to handle more common forms of black hat search engine optimization, like cloaking and keyword spamming.

So far Google has also been pretty quiet on the results of their efforts.

This brings us to the Penguin 1.1 update, which was released on May 26, 2012. Google has been even quieter about it, saying only that it would impact less than .1% of English searches and that it was primarily aimed at "duplicate content."

What kind of duplicate content? While this hasn't been confirmed, I strongly suspect this is specifically aimed at content produced by autospinning software, which we addressed previously. However, it remains to be seen how effective this will be, if Google releases information on it at all.

There's been a lot of scaremongering in the SEO world about Penguin, although Google has steadfastly maintained that they want to encourage legitimate search engine optimization and only penalize the "black hats." Really, though,the best way to protect yourself is simply to make sure you follow Google's official webmaster guidelines.

In general, if you're practicing good SEO and you're focused on the user experience, you should have nothing to fear from Penguin. However, if you believe your site has been unfairly penalized by Penguin, they have a feedback form you can use to request a review.

The Problem with NOT Starting at the Beginning (in 30 seconds)

It happens almost every time in sports, business and life: the team with the best fundamentals wins. Click HERE to see a representation of NOT startin...