Why you should NOT invest in the Facebook IPO

To buy or not to buy, that is the question. As we've been talking about this week, Facebook's IPO is coming up, and everyone's wondering whether they should buy in. Last time, we presented a summary of the reasons to buy in, mostly centered around their staggeringly large user base and the huge opportunities they represent in the fields of online marketing and data mining.

For this blog, we'll play devil's advocate and take the opposing stance. Here's a look at why you shouldn't buy into Facebook, at least not yet. The short version is, because all the potential in the world doesn't necessarily make for a good stock.

Here's the thing about Facebook: they've never actually turned a profit. They've been expanding and taking over the Internet based solely on frequent injections of venture capitol. Their marketing revenue arm doesn't generate anything even approximating the money needed to actually cover running the site. In fact, their current IPO may be nothing more than yet another in these series of cash injections, creating a situation distressingly similar to the dotcom bubble of the 90s.

Also, the stock is going to almost certainly be vastly overpriced when the IPO hits. It's estimated that they'll be looking at a staggering 25:1 capitalization to sales ratio after their stock hits. That may be too high of a mountain for any company to climb, even The Zuck's phenom.

Further, their potential for profit in the future is extremely speculative. There are a number of factors all working against them.

•         Melding social media and marketing is much easier said than done. They haven't been able to really monetize their user base yet, and there's no guarantee they will.

•         Despite their odd immunity so far, a lot of different forces are all starting to converge to regulate online privacy and to more strongly protect personal data. All it would take is a single act of Congress, and that huge data mine of theirs gets shut down. President Obama has already thrown his hat into the pro-privacy ring, and it's an issue that he could easily choose to pursue in his likely second term.

•         Facebook's new member acquisitions and minutes-per-day figures are showing slowing growth. While the future is fuzzy, they could be nearing a plateau, especially if they fail to gain strong footholds in other major worldwide markets, such as China and South Africa, who have thus far been lukewarm towards them.

•         An estimated 12% of Facebook's revenues come from casual game giant Zynga, who have made no secret of their desire to uncouple themselves from Facebook. All it would take is a couple hit iOS apps to see this happen, which would deal Facebook a hard blow. 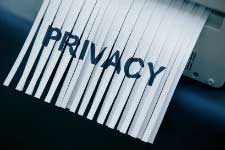 Social + Search May Not = Profit!

Despite our optimistic appraisal of the potential (there's that P-word again) of melding social media and searching, it's far from a sure thing. Google's trying it, and they're only having so-so results so far. One even gets the impression they've introduced it to try to draw more people into Google+, since they don't yet have the resources to make it stand on its own.

There's absolutely no assurance that Facebook will actually manage to succeed where Google has not. In fact, there's little indication they're even seriously looking into it.

If you are looking to buy into Facebook as an investment we feel it is just too big of a gamble, especially given how pricey the IPO is likely to be. There's loads of potential, but distressingly little backing it up at the moment. Our previous recommendation stands: buy one share of Facebook for insider information. Wait to buy in an investment capacity, and see what happens.