The Future of Internet Marketing Part 2

"And now the great seer, soothsayer, sage and former financial adviser to the Greek government, Carnac the Magnificent!" -Ed McMahon

Welcome back to the second and final part of our blogs on where the future of Internet marketing may be headed. In our last installment, we talked about the growing importance of mobile advertising and the continuing rise of social networks as the dominant arena for marketing battles.

To kick off this round of Internet marketing predictions, let's talk a bit about consumer information.

Workin' in a Data Mine
While it's hardly taking a radical stand to say that data mining is going to be a major player in the future of Internet marketing, the important idea is: proceed with caution. Companies like Facebook have had success with a "boiling the frog" style of incrementalism, and so far the consumers have not rebeled against it. Most of them seem to be happy enough with the trade of consumer information for free services and marketing which is better-targeted to their needs.
But - here comes the proverbial "big but" - this could change at any time. All it would take is a single widely harmful data leak, or a major instance of a company abusing this data in a significant way, and public opinion could swing rapidly back the other way. For example, if a company became too public about marrying data mining to neuromarketing, it could be seen as disturbingly manipulative and cause backlash. 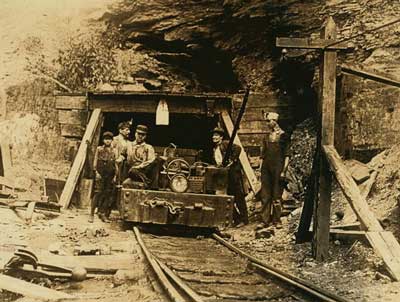 We've already seen rumbles of this sort of action. President Obama's recently-unveiled "Consumer Privacy Bill of Rights" could be the forebearer of more stringent privacy laws, if its recommendations are not followed.
And, speaking of government regulation:

Yo ho, Yo ho...
While the recent SOPA Intellectual Property bill was defeated, a similar bill will pass sooner or later, driving digital piracy further underground. At the same time, however, mechanisms for enabling piracy will continue to become more advanced. We're only a few years away from 3D printers becoming accessible consumer-level tech, and at that point, it won't just be media industries fearing the impact of piracy.
How this becomes relevant to Internet marketing is to remember that most consumers still want to pay for things, but they want options and easy availability. Embrace new delivery methods. Look at how companies like Hulu and Netflix have subverted traditional media distribution and completely changed how content is delivered to customers.
Give customers as many options as possible, and as many legitimate outlets for your product as you can manage. Restricting their options, especially as social networks become more important in molding public opinion, will only lead to needless and wasteful conflict.

And now a word from our sponsor...
Finally, a question remains: will there still be a place for traditional forms of advertising in Internet marketing? Yes, but with caveats: it must be better-integrated into the content, and be much more tightly-focused. "Virtual Advertising" is an idea that's begun to gain traction: for example, replacing a poster in an online video with an overlay of a user-targeted ad. This tech is available today, and it's not going to be long before it's cheap enough for everyday firms to use it.

Similarly, the integration of Internet-delivered ads into products like video games is also on the rise. The day is coming where renting a virtual billboard inside the next "Need For Speed" title may be as desirable as having a real one above I-35.

And, that concludes our little trip into the pathways of future history. Where do you think Internet marketing will be in five years? Let us know! If you find yourself wondering about the future of your marketing, and you'd like some help and a fresh perspective, give DeepSky Marketing a call. 707 823-3888.

The Problem with NOT Starting at the Beginning (in 30 seconds)

It happens almost every time in sports, business and life: the team with the best fundamentals wins. Click HERE to see a representation of NOT startin...