Selling in a consumer empowered world

It's a hard-learned lesson that far too many businesses still cannot grasp: today's consumers are unique in the history of consumerism. With 75% of all cell phones sold now being “smartphones” capable of accessing the Internet from anywhere (a number that will soon approach 100%), modern consumers have constant access to a truly unprecedented amount of information. And, more importantly, they are using it. Selling to these customers requires rethinking how you approach marketing, and how you relate to your customers as people.

Consider, for example, that between 2/3 and 3/4 of consumers now rely on online reviews to inform their decisions. According to a recent study of travel customers, more than a third rate online reviews as the biggest influence on their purchases, beyond even price. The Internet is also affecting the buying and selling decisions of consumers within stores. More than a quarter of smartphone owners already use their devices in stores to scan barcodes for product information and to comparison shop, another number that's only going up. 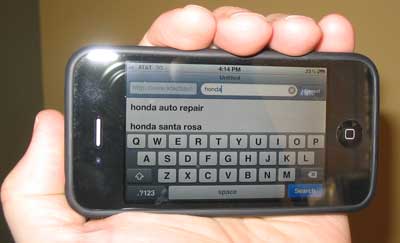 When selling to these Internet-empowered consumers, you must understand them. The most important aspect to remember is that most of them are fully aware of the power they wield and will strongly oppose attempts to take it from them. Today's consumers expect to be catered to, and to be allowed to make decisions on their own terms. High-pressure sales tactics or attempts to restrict their behavior will just send them fleeing to another business.

In short, you cannot fight this empowerment directly – attempts to do so generally backfire disastrously. You have to find ways to make it work for you. Or, perhaps it is more correct to say, “to make it work with you” because the spirit of the Internet age is fundamentally the spirit of interaction.

Here are a few suggestions:

These are new frontiers in marketing, and few really enjoy being a trailblazer. However, the plain truth is that times have changed radically, and those who are selling to today's consumers using pre-Internet techniques are only falling behind. To succeed, embrace the change and the new attitudes of today's consumers.

If you want to know how Internet marketing can be a successful tool for your company call DeepSky Marketing to schedule a free evaluation and consultation. You will see proven methods that will help your company grow. The number to call is 707 823-3888.