we're going to wade into what's probably one of the biggest questions in the Search Engine Optimization (SEO) world right now: To what extent does Google care about social signals in determining website ranking?
I'll go ahead and give you the spoiler right off the bat: we don't really know. It is clear that social signals do hold some influence over rankings, but exactly how big of an impact has not been determined. Google's keeping mum about it, and there are too many other factors at play to derive a good answer by analyzing results.
However, we do feel that it's worth talking about, and certainly worth exploring for those looking to expand their search engine optimization strategies. Read on for more details! 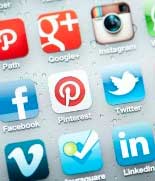 Social Signals in Search Engine Optimization: The Problems
First, just to be clear, "social signals" in this context simply refers to any sort of social network sharing activity involving a website. Examples would include "liking" or "sharing" content on Facebook, or ReTweeting a webpage's Tweets, or hitting +1 in Google Plus.
One big problem with discussing social signals in SEO is that Google has put out extremely mixed messages on the subject. We know they've been tracking Facebook Shares and ReTweets for a couple years now. Yet on the other hand, in a recent talk, a Google anti-spam engineer went so far as to say that they don't consider +1s on their own social network to be terribly reliable. However, that hasn't stopped them from using G+ results to shape their search results to some extent, so they aren't ignoring it either.
Another issue is the matter of the NoFollow tag. Virtually all the social sites, from Twitter to Reddit, utilize the NoFollow tag to prevent Google from counting internal links directly while crawling the web. None the less, Google has said they still can do a pretty good job tracking Likes, Shares, and ReTweets as well as other social signals.
And On Yet Another Hand...
Further complicating matters is that some external analyses have produced some compelling, if not conclusive, data suggesting social signals do significantly impact SEO.
Searchmetrics recently conducted a survey seeking to correlate websites' social performance with their SERP rankings. The results were surprising: in both the US and the UK, a high number of Facebook shares was actually the #1 factor they discovered that correlates to a high search ranking. A similar, unrelated study from SEOMoz came up with nearly identical results.
The problem, of course, is that as anyone who's taken basic Logic knows, correlation can never prove causation. It is entirely possible that both high Facebook activity and high SERP results are both being caused by a third, undiscovered factor (or multiple such factors) while being unrelated directly. 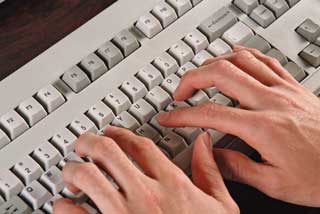 It's simply impossible to logically determine, through these studies alone, how likely it is that social sharing is a causative factor in SERP rankings.
So, Now What?
Barring a direct statement from Google clarifying the matter, all we really have to rely on is inference and instinct. My gut tells me that social signals are probably a pretty important factor in SERP rankings. If nothing else, there would be no reason for Google to be integrating G+ into search results if they didn't think there was value in the idea, even if they haven't yet worked the kinks out.
Also, remember: social media has a lot of value to online marketing in general, even if it's not a direct influence on SERPs. It's already something you should be integrating into your strategies. Just keep up your regular SEO strategies as well.
Call DeepSky Marketing to find out how you can create profitable marketing strategies for your company. DeepSky Marketing is a company that provides businesses with profitable marketing systems and verifiable return on investment (ROI). To schedule a brief no-cost consultation call 707 823-3888.